AT THE COPA, COPACABANA

OK, technically speaking, this week's International Astronomical Union (IAU) meeting is not on the beach in Copacabana, but it is in Rio de Janeiro. Most of the attendees are staying at hotels in the made-famous-by-Barry-Manilow section of Rio, but the conference is really being held at the Sul America Convention Center (see picture) in the central part of the city. (The alternate headline for this post was going to be "The Girl from Ipanema" so maybe the one being used now seems a little less cheesy by comparison.) 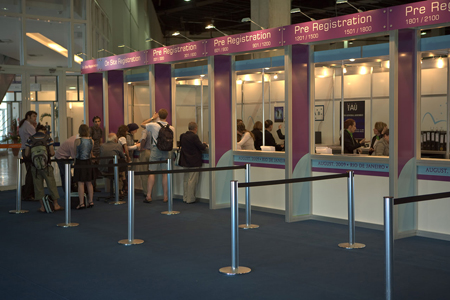 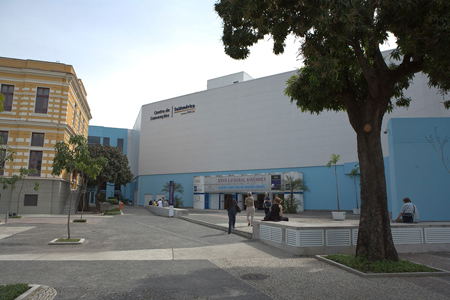 Anyhow, the point is that once every three years, astronomers from around the world gather for a giant meeting under the auspices of the IAU. Many of the worldwide policies and, frankly, controversies that affect the world of astronomy and astrophysics are decided during many sub-meetings and general assemblies of those who attend. For example, it was at the last IAU meeting in Prague that Pluto was demoted. Of course, most of the decisions at the IAU meetings are not quite so controversial, but it gives you an idea of the scope of what they can accomplish.

But, more importantly, IAU meetings are a chance for scientists from around the globe to get together, share results, and reconnect with colleagues. Two of the Chandra bloggers - Martin Elvis and Pepi Fabbiano - are giving talks here, as well as are many other Chandra-involved scientists.

This year's meeting features a special session on the ongoing International Year of Astronomy 2009 (IYA2009). It's a chance for a mid-year assessment on how we're doing and where we're going with this into 2010. One of the talks will focus on our pet IYA2009 project, From Earth to the Universe (http://fromearthtotheuniverse.org), but there will be presentations from a host of projects that have already made a big impact in getting as many people as possible exposed and interested in astronomy and science.

Now, we leave you to deal with the recurring 70's song that is now undoubtedly running on a loop in your head.