All this week, Venus and Jupiter have appeared very close to each other in the night sky. Most people in the Northern Hemisphere have been able to spot the planetary duo in the western skies about four hours after sunset. 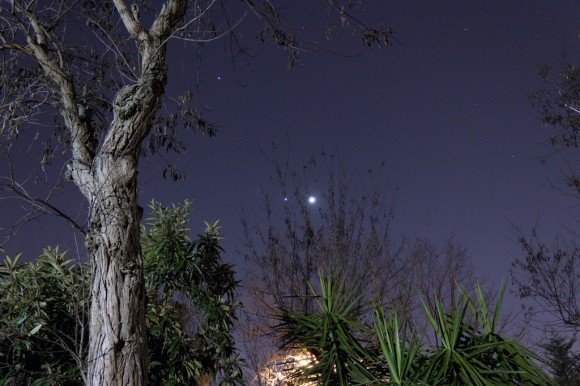 This close pairing is a nice treat for skywatchers on Earth, but it really is an optical illusion of sorts. The planets are, of course, nowhere near each other. Venus is about 75 million miles away in one direction and Jupiter is over 500 million miles away in the other. Venus and Jupiter simply appear to come close to another from our vantage point on Earth as they travel in their usual orbits around the Sun.

While Chandra won't be looking at either of these planets this week, it has spent a good amount of time studying both of them. Back in 2001, Chandra observed Venus and saw that X-rays are produced from Venus by fluorescent radiation from oxygen and other atoms in its atmosphere.

The following year, scientists announced that they saw a pulsating hot spot of X-rays near Jupiter's northern polar region using Chandra. Further observations of Jupiter with Chandra revealed even more about Jupiter's powerful auroral (aka, "Northern Lights") activity on the gas giant. Chandra also took another look at Jupiter in preparation for NASA's New Horizons mission's closest approach to Jupiter on its way out to Pluto.

So if you are out looking at the convenient pairing of Venus and Jupiter in the evenings this week, maybe take a moment to think about all of the amazing discoveries humans have made about these planets using all sorts of telescopes and observatories.