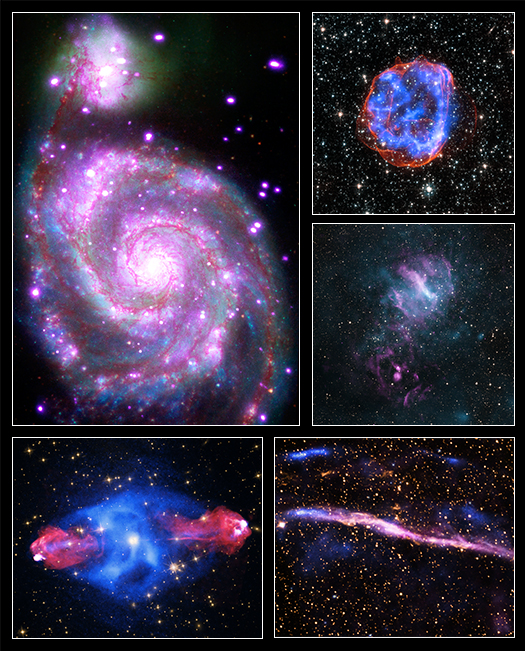 The year of 2015 has been declared the International Year of Light (IYL) by the United Nations. Organizations, institutions, and individuals involved in the science and applications of light will be joining together for this yearlong celebration to help spread the word about the wonders of light.

In many ways, astronomy uses the science of light. By building telescopes that can detect light in its many forms, from radio waves on one end of the "electromagnetic spectrum" to gamma rays on the other, scientists can get a better understanding of the processes at work in the Universe.

NASA's Chandra X-ray Observatory explores the Universe in X-rays, a high-energy form of light. By studying X-ray data and comparing them with observations in other types of light, scientists can develop a better understanding of objects likes stars and galaxies that generate temperatures of millions of degrees and produce X-rays.

To recognize the start of IYL, the Chandra X-ray Center is releasing a set of images that combine data from telescopes tuned to different wavelengths of light. From a distant galaxy to the relatively nearby debris field of an exploded star, these images demonstrate the myriad ways that information about the Universe is communicated to us through light.