The Winter 'AstrOlympics' Kick Off 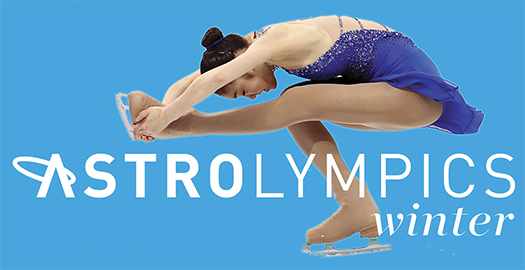 As the athletes get set to compete in Pyeongchang, Korea, the public can explore the Olympic Games in a different way through an innovative project blending science and sports. “AstrOlympics” relates the amazing feats of Olympic athletes with the spectacular phenomena found throughout space. 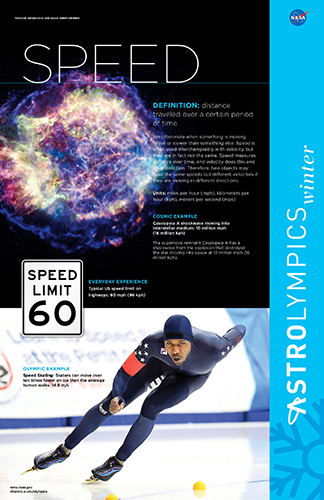 AstrOlympics provides brief explanations of the physical concepts and then compares examples from common every day experiences, Olympic events, and discoveries from space made with Chandra and other observatories. For example, the rotation section compares the spin of an ice skater to that of a washing machine to the rotating of a spinning dead star.

The AstrOlympics project consists of a series of posters, videos, and a website. All of these materials are free to download and use. Science educators may contact the project via the website to request a small number of available hard copies. AstrOlympics will also be distributed through NASA and International Astronomical Union networks.

The 2018 Olympic Games will be held in South Korea between February 9-25.

All of the AstrOlympics products and materials are available for free download at http://chandra.si.edu/olympics/

More information about the Chandra X-ray Observatory at http://chandra.si.edu/ and http://www.nasa.gov/chandra

Category:
General
Tags:
olympics
Disclaimer: This service is provided as a free forum for registered users. Users' comments do not reflect the views of the Chandra X-ray Center and the Harvard-Smithsonian Center for Astrophysics.
Please note this is a moderated blog. No pornography, spam, profanity or discriminatory remarks are allowed. No personal attacks are allowed. Users should stay on topic to keep it relevant for the readers.
Read the privacy statement