THE TALE OF SUPERNOVA 1987A

On February 23, 1987, astronomers noticed a new source of light in the Large Magellanic Cloud (LMC), a small satellite galaxy of the Milky Way. Soon, scientists realized that this new beacon was, in fact, a spectacular explosion caused by the death of a massive star. It was a supernova.

Prior to this event, astronomers had observed many supernovas and their aftermath, called “supernova remnants.” This, however, represented the closest stellar explosion in hundreds of years and the best opportunity yet for astronomers to study the phases before, during, and after the death of a star.

Soon after its discovery was announced, virtually every telescope in the southern hemisphere (from where the LMC is visible) studied what became known as Supernova 1987A, or SN 1987A for short. As new telescopes came online on the ground and in space, they too joined the effort to study this remarkable object.

Today, three decades after it first appeared in the sky, telescopes including NASA’s Chandra X-ray Observatory and many others continue to watch and learn about SN 1987A. Over the many years of observations, these telescopes have seen the initial powerful explosion morph into the heated debris field that hurtles the remains of the star outward into space.

Supernovas and their remnants are the pollinators of the Universe, delivering elements such as iron, calcium, carbon, and more into the next generation of stars and planets. The very presence of life on Earth is due to the production of these essential elements from previous generations of stars that were injected into the galaxy before our Solar System even formed.

Learning about how stars are born, live their lives, and die gives us an understanding into the very nature of this cosmic ecosystem to which we are all born. Let’s take a look at what the world’s most powerful telescopes observing in all types of light have told us about SN 1987A, perhaps the most important supernova to go off. Yet.

SN 1987A in X-ray and Optical light from Chandra and Hubble. Credit: NASA

By combining data from NASA's Hubble Space Telescope and Chandra X-ray Observatory, as well as the international Atacama Large Millimeter/submillimeter Array (ALMA), we can explore SN 1987A like never before. The latest data from these powerful telescopes indicate that SN 1987A has passed an important threshold. The supernova shock wave is moving beyond the dense ring of gas produced late in the life of the pre-supernova star when a fast outflow or wind from the star collided with a slower wind generated in an earlier red giant phase of the star's evolution. What lies beyond the ring is poorly known at present, and depends on the details of the evolution of the star when it was a red giant.

Details on the findings

Hubble studies have revealed that the dense ring of gas around the supernova is glowing in optical light, and has a diameter of about a light-year. The ring was there at least 20,000 years before the star exploded. A flash of ultraviolet light from the explosion energized the gas in the ring, making it glow for decades.The central structure visible inside the ring in the Hubble image has now grown to roughly half a light-year across. Most noticeable are two blobs of debris in the center of the supernova remnant racing away from each other at roughly 20 million miles an hour.

From 1999 until 2013, Chandra data showed an expanding ring of X-ray emission that had been steadily getting brighter. The blast wave from the original explosion has been bursting through and heating the ring of gas surrounding the supernova, producing X-ray emission. In the past few years, the ring has stopped getting brighter in X-rays. From about February 2013 until the last Chandra observation analyzed in September 2015 the total amount of low-energy X-rays has remained constant. Also, the bottom left part of the ring has started to fade. These changes provide evidence that the explosion's blast wave has moved beyond the ring into a region with less dense gas. This represents the end of an era for SN 1987A.

Beginning in 2012, astronomers used the ALMA telescope in Chile to observe the glowing remains of the supernova, studying how the remnant is actually forging vast amounts of new dust from the new elements created in the progenitor star. A portion of this dust will make its way into interstellar space and may become the building blocks of future stars and planets in another system. These observations also suggest that dust in the early universe likely formed from similar supernova explosions.

Astronomers also are still looking for evidence of a black hole or a neutron star left behind by the blast. They observed a flash of neutrinos from the star just as it erupted. This detection makes astronomers quite certain a compact object formed as the center of the star collapsed — either a neutron star or a black hole — but no telescope has uncovered any evidence for one yet.

From 1999 until 2013, Chandra data showed an expanding ring of X-ray emission that had been steadily getting brighter. This was produced by the blast wave from the original explosion that had been bursting through and heating the ring of gas surrounding the supernova. In the past few years, there have been striking changes in the Chandra data. This provides evidence that the explosion's blast wave has moved beyond the ring into a region with less dense gas. This represents the end of an era for SN 1987A. Since astronomers do not know exactly lies beyond the ring, they will be watching carefully what happens next. 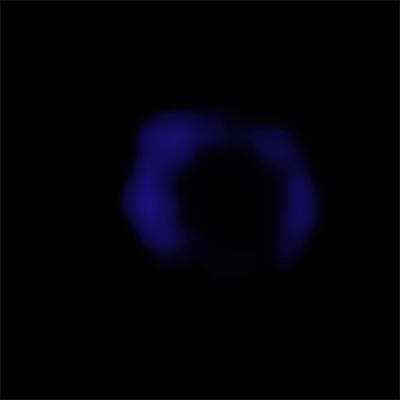 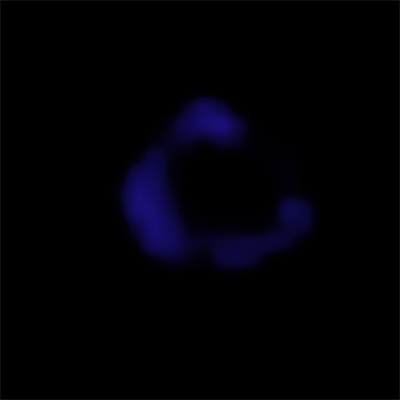 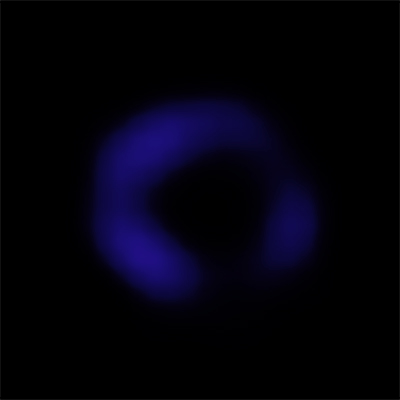 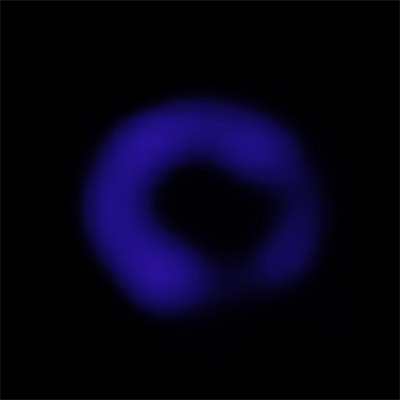 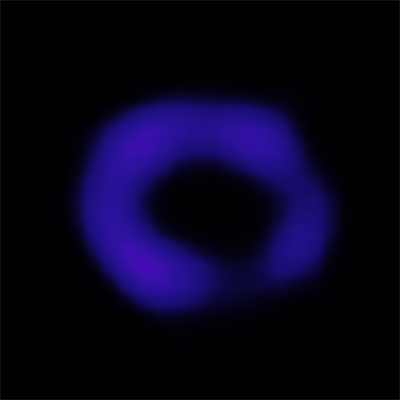 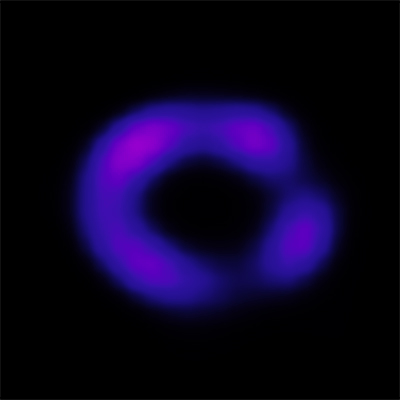 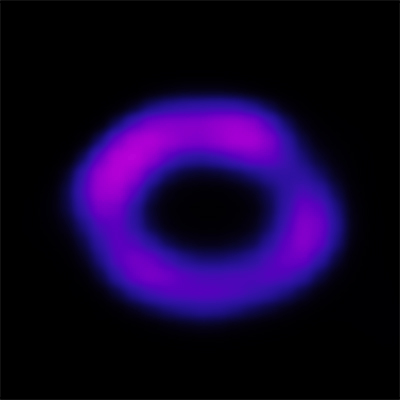 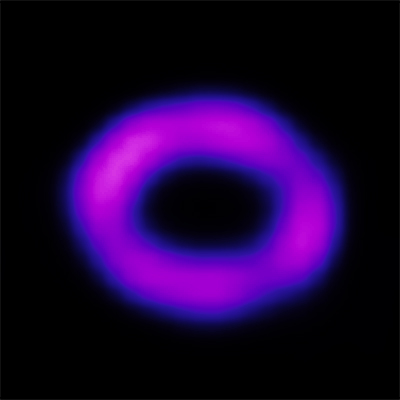 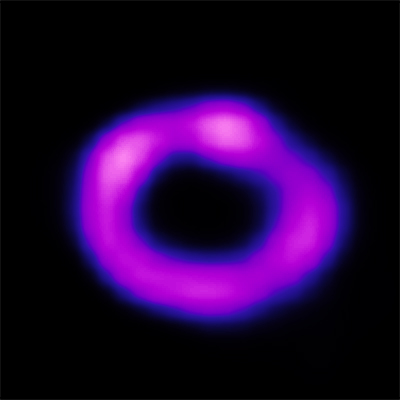 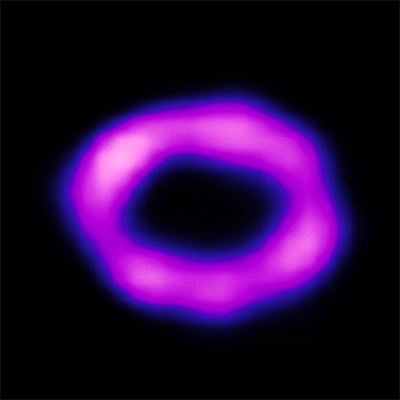 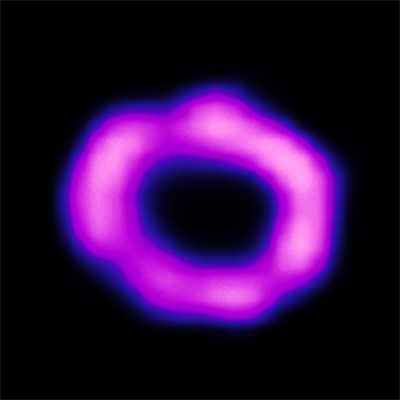 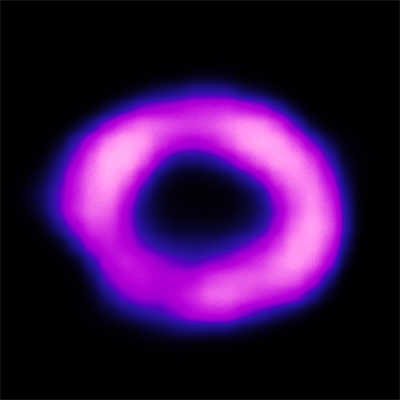 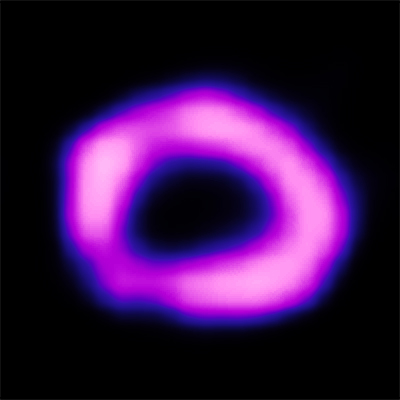 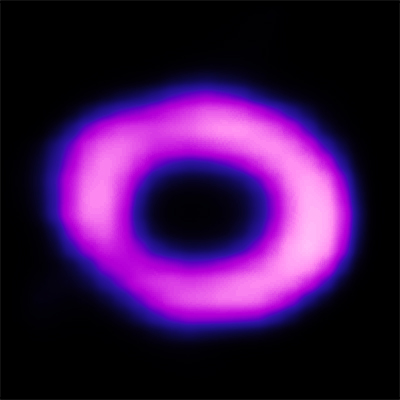 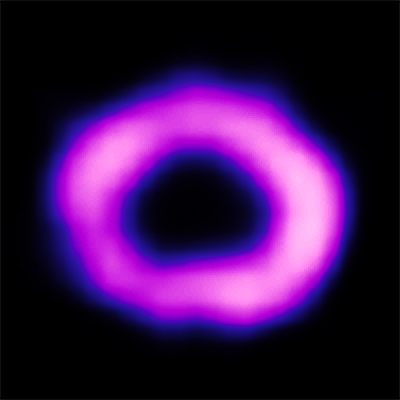 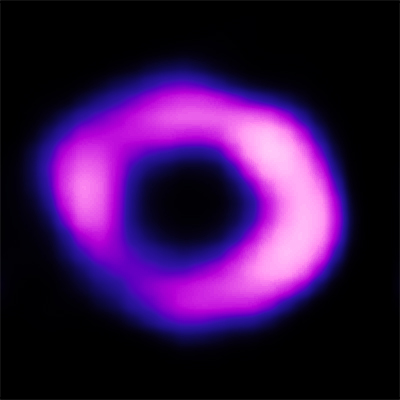 STILL IMAGES OVER TIME FROM THE CHANDRA TIMELAPSE
NASA's Chandra X-ray Observatory has looked at SN 1987A repeatedly during its 17 plus years of science operations. From 1999 until 2013, Chandra data showed an expanding ring of X-ray emission that had been steadily getting brighter. This was produced by the blast wave from the original explosion that had been bursting through and heating the ring of gas surrounding the supernova. In the past few years, there have been striking changes in the Chandra data. This provides evidence that the explosion's blast wave has moved beyond the ring into a region with less dense gas. This represents the end of an era for SN 1987A. Since astronomers do not know exactly lies beyond the ring, they will be watching carefully what happens next.

This video shows a visualization of SN 1987A and the evolution of the resulting supernova remnant up until the present day. The visualization begins by showing the progenitor star surrounded by a ring of gas produced late in the life of the star. A flash of light depicts the supernova explosion, followed by expansion of the subsequent blast wave. The blast wave then collides with the ring of gas, causing high-density knots of material to become hotter and brighter, and lower-density gas to be blown outward. One frame is shown per year and the visualization steps between them at four years per second. Upon reaching the present day (February 2017), the time development is halted, and the camera circles around the ring to show its structure.

This visualization is based on a sophisticated 3D simulation published by Salvatore Orlando that incorporates the physics of SN 1987A, including the complex interaction between radiation and matter and relativistic effects. The simulation reproduces the observed properties of the supernova, including how the radiation, temperature and velocity of the debris vary with time. The simulation then reproduces the properties of the subsequent supernova remnant, including how the shape of the X-ray structure, as well as the amount of X-rays observed at different wavelengths, evolve with time.

These 3D prints show the SN 1987A supernova remnant at its current observed age of 30 years, based on 3D simulations by Salvatore Orlando. The blast wave from the supernova has crashed into a pre-existing ring of gas, throwing blobs of this gas upwards and downwards. Small blobs of gas that were disconnected from other blobs or from the ring were removed from the model using 3D animation software for ease of printing.

For the silver 3D print version on the left, dissolvable support structures were used, and the photo shows the model after the support structures were dissolved. Using the Ultimaker 3 printer with dissolvable supports at 0.1 mm resolution this model took about 40 hours to print. The photo on the right shows the 3D prints of SN 1987A using two different colors, also at 0.1 mm resolution, and including support structures that have to be manually removed. The remaining parts of the ring are clearly visible in red in the print on the right. Using the Ultimaker 3 printer this model took about 15 hours to print. Additionally, it required about an hour of finish work with needle-nose pliers and similar tools to remove the support structures manually.

Disclaimer: The Chandra X-ray Center does not endorse any commercial product.

How To Hold a Dead Star in Your Hand

LINKS TO OTHER ACTIVITIES

Astronomy
Make the Most of Your Universe
Learn more at chandra.si.edu/corps/

Developed by the Chandra X-ray Center, at the Smithsonian Astrophysical Observatory, in Cambridge, MA, with funding by NASA under contract NAS8-03060   |   Privacy  |  Accessibility