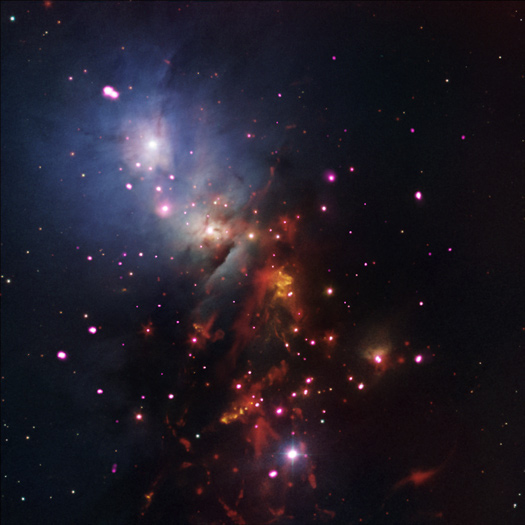 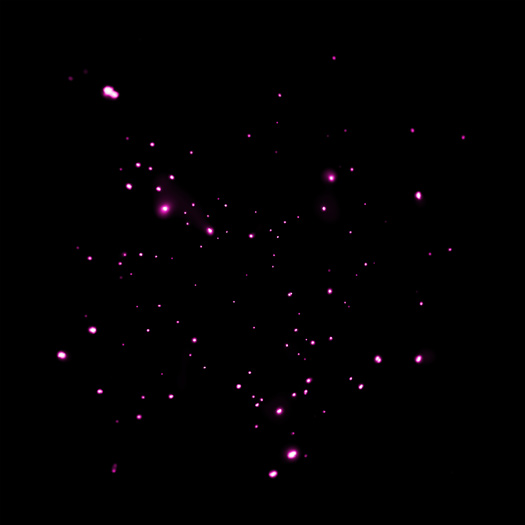 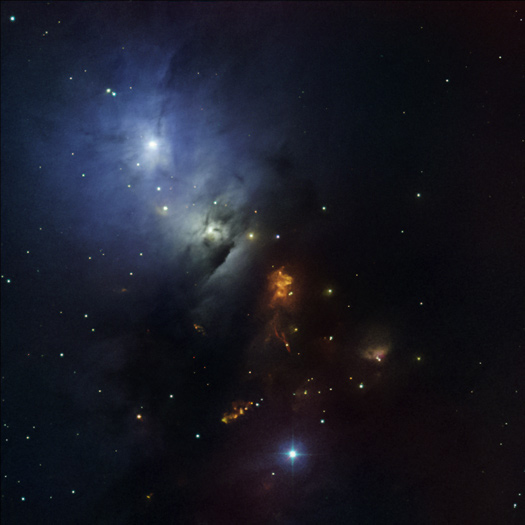 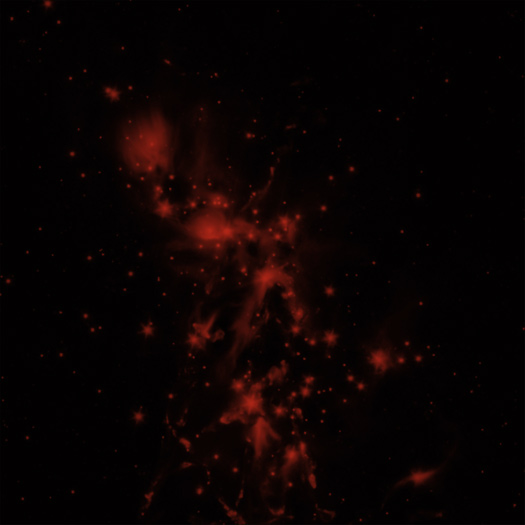 
While fireworks only last a short time here on Earth, a bundle of cosmic sparklers in a nearby cluster of stars will be going off for a very long time. NGC 1333 is a star cluster populated with many young stars that are less than 2 million years old, a blink of an eye in astronomical terms for stars like the Sun expected to burn for billions of years.

This new composite image combines X-rays from NASA's Chandra X-ray Observatory (pink) with infrared data from the Spitzer Space Telescope (red) as well as optical data from the Digitized Sky Survey and the National Optical Astronomy Observatory Mayall 4-meter telescope on Kitt Peak (red, green, blue). The Chandra data reveal 95 young stars glowing in X-ray light, 41 of which had not been identified previously using infrared observations with Spitzer because they lacked infrared emission from a surrounding disk.

To make a detailed study of the X-ray properties of young stars, a team of astronomers, led by Elaine Winston from the University of Exeter, analyzed both the Chandra X-ray data of NGC 1333, located about 780 light years from Earth, and of the Serpens cloud, a similar cluster of young stars about 1100 light years away. They then compared the two datasets with observations of the young stars in the Orion Nebula Cluster, perhaps the most-studied young star cluster in the Galaxy.

These results were published in the July 2010 issue of the Astronomical Journal and are available online. NASA's Marshall Space Flight Center in Huntsville, Alabama, manages the Chandra program for NASA's Science Mission Directorate in Washington. The Smithsonian Astrophysical Observatory in Cambridge, Massachusetts, controls Chandra's science and flight operations.

This is wonderful thank you for posting this on the internet.